Cell15 is the brainchild of Robert Scott Richardson. In 2011, Robert had decided he wanted to write the progressive rock style that he loved. Raised on the great prog of the past, his love for King Crimson, Gentle Giant, Yes, Genesis and Pink Floyd influenced this musical decision. Twenty years of recovery had given him the subject matter, the advantage of owning his own recording studio gave him the place to work, and Cell15 was born. The idea of a concept album to tell the story of what happened twenty years ago to present served as the guide for where the music would go. This is the first time I had the lyrics in mind before the music was written. I had to keep the focus on the story being told, Robert said. The CD titled Chapter One had been released September 2014.

The debut release was well received internationally. Prog Rock radio stations were adding tracks to their playlists and an award was given as Debut Album of the Year on Prog Rock.com. In a review from House of Prog.com affiliate Rob Rutz, Rob writes: From the first recoil of the complex kit’s snare drum, followed by locomotive-strength symphonic keys, listeners are propelled like shot in a sling into Cell15’s powerful breakthrough debut album, “Chapter One.” This is a driving progressive rock concept album that’s befitting of the most-capable, well-powered sound system. Cell15’s Chapter One album goes beyond masterful poly-rhythmic drums, full-bodied keyboards and driving bass, though. It’s one hell of a story that portrays a dark life, capture and prison time, followed by twists of realization, understanding and an epic light show conclusion that begs for cathedral acoustics. Listeners are strapped into this soulfully sung script that was penned over a 20-year timeframe. Arranged and performed by veteran music artist Robert Richardson, Cell15 will remind listeners of Transatlantic, Genesis and IQ, but its classic rock influences and meaningful vocals would also entice any Kansas or Queen fan.

2015 was the year of forming the full time band to promote Cell15. After many auditions, a lineup of accomplished musicians was established. Introducing Shane Jones on guitar, Dan MacDonald on bass and Kevin Thomas on drums, a musical bond was formed to pursue recording more progressive rock music with a killer show sure to excite any audience.

Prog Rock fans may be few but they are the most loyal and appreciative group of people who love the complexities of composition. Prog is the Classical music of today and will still be loved long after Pop music is forgotten. 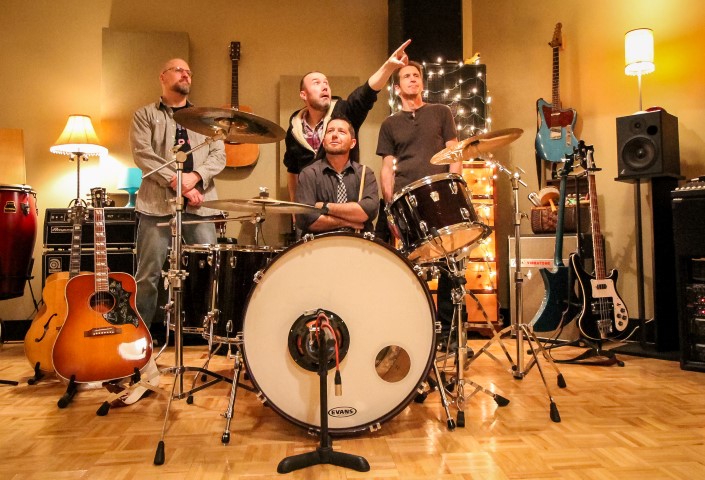 Valdez is a four piece band of musicians from Philadelphia, with a passion for good songwriting and leaping the fences between genres. The group comprises of British frontman Simon Godfrey (ex-Tinyfish), who moved from the UK to the USA in 2014, Echolyn bassist Tom Hyatt, Cold Blue Electric keyboard player Joe Cardillo and ex- Stone Jack Baller drummer Scott Miller.

Tom and Simon met by chance at a comedy club in Philly and got on so well, decided to jam the following evening at an open mic night. The duo were an instant hit with the crowd and as they left the stage, they agreed to form a band that would go on to become Valdez.

For us, the song comes before absolutely everything else. Says Simon. It doesnt matter if its a short song, a long song or mad, complex one. As long as its good, well grab it with both hands and spin it until were all dizzy. Chemistry and humor plays a big part in the bands identity. We take the music seriously, not ourselves. Says Tom. Weve spent years trying to look serious for photo shoots but its not really who we are. Were naturally happy people and we love what we do as a musical unit. We give it 100% every time we hit the stage because we understand that this is the 21st century so lets not kid ourselves, we know were up against Netflix and internet porno. Those are tough opponents, so we always go that extra mile to give people a show they will never forget.

Its not a supergroup. says drummer Scott Miller Were just four guys repaying our debt to society like the parole ocer told us to.

Their debut album, entitled This (referring to the world of wonder right in front of us which we forget, simply because we see it every day) is released by maverick independent label, Bad Elephant Music, headed up by David Elliott, one of the godfathers of the UK musical underground. The album was produced by Echolyn songwriter and Grey Eye Glances guitarist, Brett Kull, a legendary figure on the American east coast music scene and the album artwork was created by world famous DC Comics artist, Mark Buckingham.

Not everyone gets such royal support for their debut release but everyone involved believes there is something special about Valdez, the songs they write and the performances they give.

Come see Valdez for yourself and find out why.