You are here: Home / Archives for IZZ 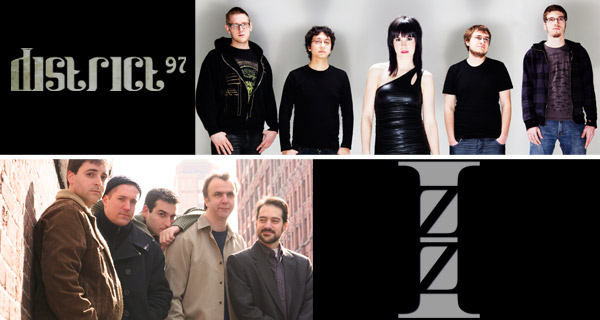 Did we mention Roxy and Dukes has AMAZING FOOD and a FANTASTIC BAR selection?
check out their menu here 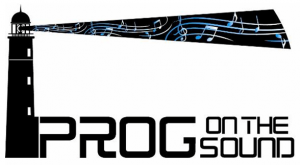 Introducing the Prog On The Sound Concert Series:

Purpose: To showcase bands of the Progressive Rock genre to their fans in the Connecticut area, as well as providing the opportunity to reach a wider audience in the process.  The series will conduct itself with honesty, integrity and professionalism.

My goals: My intention is to treat these world class musicians with the respect and care that they deserve when they perform for the series. I am also extremely sensitive to my fellow fans wants and needs. Their experience at the shows in this series is my ultimate concern. I want to give them a comfortable environment to enjoy this music in.

My inspiration (For the Series): The beauty about the Progressive Rock music scene is we’re all so inter-connected. The bands, cd shops, labels & fans are all woven into this super tight community. You see it at the festivals like NEARfest, ROSfest , Progday, CALProg and on a smaller scale as well.  Like my fellow Series promoters : NJProghouse, NEWears & Orion Studios. I trust these people when they put on a show for us and they deliver, just like the bands do.

I’ll never forget my first NJProghouse show at the Metlar -Bodine House in April of 2002. It was The Flower Kings. I walked out at the end of that show with a feeling I never had before at a concert. I went alone as I did most of the NJProg shows back then because I didn’t really know anyone else as passionate as I was about the music (Boy has that changed!). I left  with friendships that still remain to this day…So I went alone, but I didn’t leave alone!!!

The whole 2.5 hour ride I couldn’t wait to go back to the next show.  So in a sense this series really started way back then. When I lost my job…These guys were there for me. I got into Erik Norlander on a donation. I saw IZZ basically because I was allowed to be a “Staph” member and help Greg Jones brew his incredible Coffees for fans and the band.

The community/ family feeling from the Proghouse is really what brought to the point of starting  Prog On The Sound. I dedicate this series to the Fans of this music and the inspiration of the Artists who create it. But most importantly my friends at the NJProghouse, who showed me that normal good people who are a passionate about something can make a ton of memories for friends and concert goers alike!!!

for more information please visit Prog On The Sound @
https://www.facebook.com/ProgOnTheSound

John Galgano is a founding member of art-rock group, IZZ, and has been one of the band’s primary songwriters throughout its career. Real Life is Meeting presents eight tracks varying in styles and instrumentation, from the catchy, art-pop flavor of “Bigger on the Inside,” to the experimental, synth-based “The Only Thing,” to the 19-minute piece “1000,” all the while taking the listener in unexpected directions.

Real Life is Meeting showcases Galgano’s humor, his introspective and confessional lyrics, and his surprising song structures. In turns breathtakingly adventurous and heartrendingly beautiful, this music represents a musician and songwriter unencumbered by any preconceived ideas. The result is a fluid, naked, and daring collection of universal musings set to music – meditations on what it means to be human in the 21st century.

Galgano also recently played bass on Renaissance keyboardist Jason Hart’s new release, I and Thou’s Speak. Galgano has performed with IZZ at many art-rock festivals in the United States and Canada and has played bass for Hart while serving as the opening act during two Marillion Weekends (2007, 2011).

The line-up for Real Life is Meeting is:
John Galgano: Bass guitar, vocals, electric and acoustic guitars, keyboards
Laura Meade: Vocals
Paul Bremner: Electric guitar solos on “The Only Thing” and “Look Around”
Brian Coralian: Drums on “Lucky for Me” and “1000”
Greg DiMiceli: Drums on “This is How it Happens”
Shawn Bishop: Backing vocals, keyboards, percussion
John Raimondo: Drums on “Bigger on the Inside,” “The Only Thing” and “Look Around”
Chris Baldini: Lead vocals on “Look Around”
Greg Meade: Electric guitar solo on “Lucky for Me”

For more information on Real Life is Meeting and for the most updated information about John Galgano and IZZ, please visit: