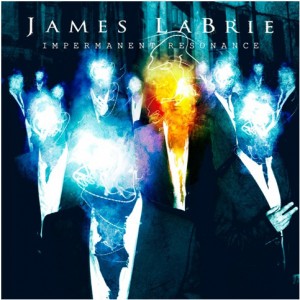 “Impermanent Resonance” was once again conceived with LaBrie’s songwriting partner for over a dozen years, Matt Guillory. Guillory not only took the leading role in composing the material, he also handled all of the keyboards and background vocals.

“To me this album incorporates and continues with the styles and musical direction that we have created with the previous releases,” says James LaBrie. “The difference being that the music on this disc is to me a true telling of the songs evolving and taking on a sense of identity that is every band’s ultimate goal. It is powerful, memorable, hook-driven and above all extremely musical. It shows how the writing and the band itself have matured. I truly feel that this is our quintessential album.”

Some of the songs included on “Impermanent Resonance,”which combines the heaviness of Gothenburg-sound influenced progressive metal with the catchiness of contemporary rock, are “Agony,” “Back On The Ground,” “Undertow,” “I Got You” and “Amnesia.”