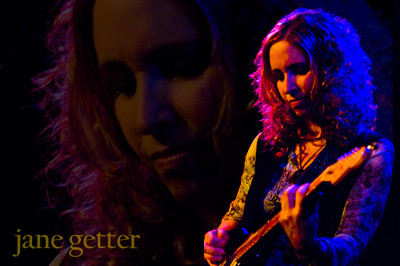 Jane Getter is .. “the fieriest fretboarding” female ever to strap on a Stratocaster, .. according to Guitar Player Magazine.

She has played with many jazz and rock greats while garnering increasing recognition as a band leader and gifted writer and instrumentalist. Early in her career she toured with legendary jazz/blues organist Jack McDuff, which provided invaluable training ground. Her composing talents received attention when she won the ASCAP Gershwin Award for Music for Theater or Dance in the mid 90’s.

At this time she also recorded and toured with Michal Urbaniak’s band ‘Urbanator’; (featuring Kenny Garrett, Tom Browne and Lenny White). Getter then teamed up with writing partner Lenny White (the legendary drummer from Return To Forever), and co-wrote Urbanatorls smooth jazz hit .. “Hopscotch” along with other compositions which were recorded on White’s Present Tense and Acoustic Masters CDs.  She then received widespread exposure playing in the Saturday Night Live Band.

Her debut CD on Lipstick Records, titled Jane, received worldwide critical acclaim. Jane’s 2nd CD, titled See Jane Run, was released in 2006 on Alternity Records. It was a powerful statement, featuring Keith Carlock, one of the most talked about young drummers, (who soon after performed on tours with Steely Dan and Donald Fagen), and contains the classic jazz-rock anthem “The Loop:’ Secret Code, a special guitar duet project with guitarist Bruce Arnold, was released In 2009 on Muse Eek.

Her current band consists of a stellar crew of New York’s finest- James Genus,Adam Holzman, and Anton Fig, and are featured on her new release, three, on Digital Nations and Alternity Records.

Jane has appeared in Guitar Player Magazine regularly, most recently in a special feature interview in the February 2013 issue. She has also written instructional
articles for Guitar Player’s “Sessions” section.

Her band can be seen playing in the New York City area and touring the U.S. She has also recently performed with her trio in festivals in Europe and the States, including Warsaw’s Guitar City, Austria’s Outreach Festival and the San Francisico Jazz Festival.

I listened to Jane’s CD Three and thought it was really cool, and actually very progressive material! She’s got something special going on. — Steven Wilson (Solo Artist / Lead Singer of Porcupine Tree) 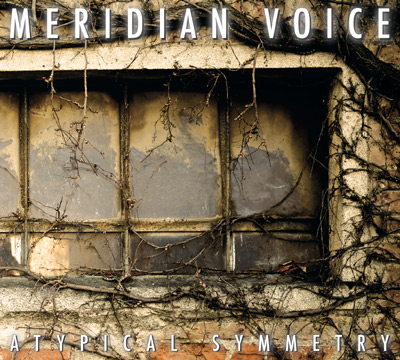 Meridian Voice was born when founding members Paul Briscoe and Adrian McCloskey connected with Keyboardist Lloyd Landesman via a Craigslist ad in 2007. After a search for the right guitarist, Randy McStine joined the group in 2008. The next two years were spent crafting their debut album, “Atypical Symmetry”. Released in late 2010, the album has sold well and received airplay on various stations around the country. Meridian Voice’s strength not only lies in its great musicianship, but its musical compositions. Tunes are tight and melodically to the point, with improvisations that key in on musical economy. Imagine Weather Report, Tribal Tech, Return To Forever and Jeff Beck mixed together to create a powerful musical experience. While a relative newcomer as a unit, their shows have received positive responses from their audience.