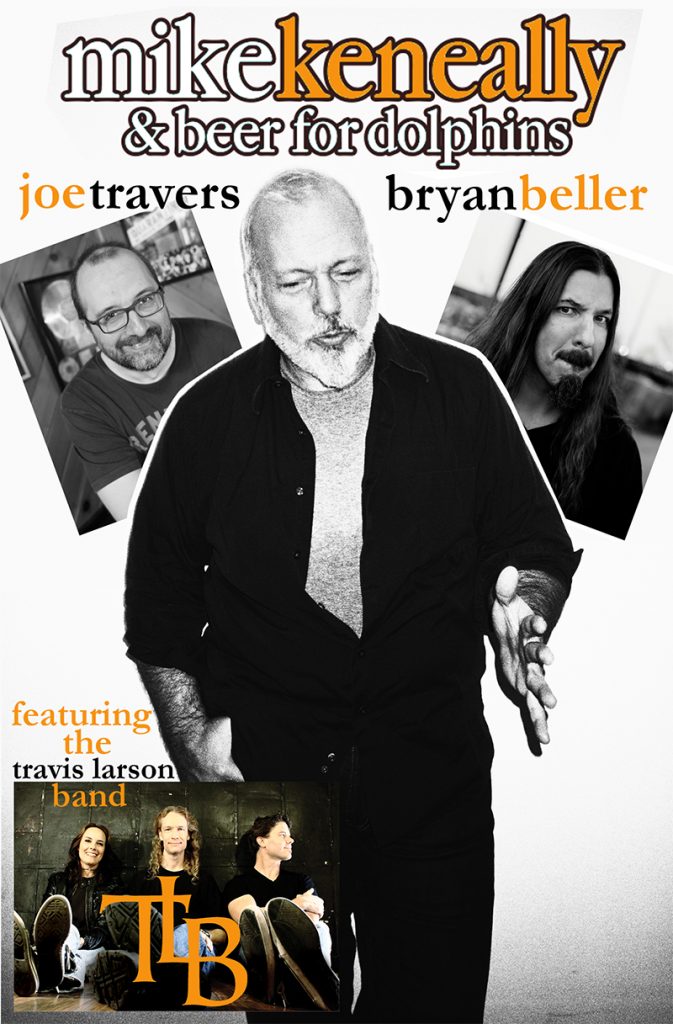 MIKE KENEALLY & BEER FOR DOLPHINS classic trio configuration to play Northeast and Midwest dates for the first time since forming in the 1990s!

Mike Keneally (guitarist/keyboardist/vocalist) has been playing with Joe Travers (drums) and Bryan Beller (bass) since 1993, when they were members of the Dweezil and Ahmet Zappa band Z. Throughout the 90s, as Mike Keneally & Beer For Dolphins, they played frequently on the West Coast in support of Keneally’s solo albums hat., Boil That Dust Speck and Sluggo! Although Keneally has worked with countless brilliant musicians throughout his solo career, fans have long held a special appreciation for the high energy, humor, camaraderie and virtuosity of the Keneally/Beller/Travers triumvirate. Now finally, after more than two decades, this powerful trio version of MK/BFD is coming to states in the Midwest and Northeast of the US, and playing music covering the gamut of Keneally’s career, from those classic 90s releases all the way up to the brand new Scambot 2.