The internet presale has ended:
Cost: Walk-ups Day of Show $25 (Cash Only) Beginning at 5PM 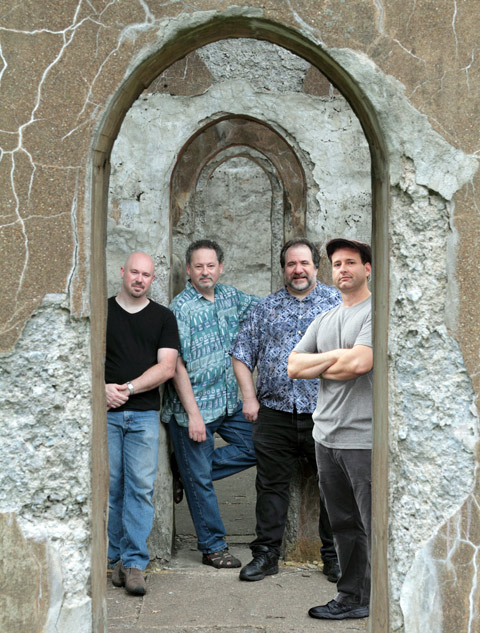 Pinnacle’s roots go back to a chance meeting in 1997 between Greg Jones and Karl Eisenhart. Greg turned up at one of Karl’s acoustic gigs wearing a Steve Morse tee shirt and Karl instantly knew he had found a kindred spirit. They started working together less than a week later.

After going quickly through two different bass players and two different band names (Dread Pirate Roberts and Landslide) and playing a handful of different clubs and private parties in Pennsylvania and New Jersey, Karl and Greg finally found Bill Fox, a bassist/keyboard player whose musical tastes and work ethic were in close alignment with their own.

As a trio, Pinnacle recorded and released two CDs, A Man’s Reach and Meld. They also got out and played live whenever possible, including backing Nick D’Virgilio (Tears for Fears, Spock’s Beard, Mike Keneally Band) at a mostly solo concert and opening for the legendary Spock’s Beard in 2003. In addition, they headlined two shows at the New Jersey Proghouse, played at Progday 2008 and opened for Poland’s Riverside.

Fast forward to 2010. The band was in the final stages of writing for their third CD when they realized that their reach had actually exceeded their grasp as a trio. Karl approached one of his oldest friends, Matt Francisco. (Please note: Matt Francisco would like it known that the term “oldest” refers to a length of time and not physical age.)(He would also like it known that he is younger than Karl.)(So there.) The idea initially was to bring Matt into the band only as a lead singer. They soon found out, however, that he was also willing and extremely able to play keyboards and that he had a gift for songwriting.

In addition to adding a couple of Matt’s songs to the new CD, the band went back and broadened the scope of the ones they had already completed as a trio. A Blueprint for Chaos came into the world in June of 2012. The CD release party was held as an after-party for the final installment of NEARfest in Bethlehem, PA. This not only provided the band the opportunity to debut the songs in front of an almost tailor made crowd.

The new album showcases the change in writing focus from trio to quartet with increased keyboard presence, but it also maintains the center of influence and attention to arrangement detail that Pinnacle has always prided itself in.

In May of 2013, Pinnacle was part of a special triple bill New Jersey Proghouse show which also featured 3rDegree and IZZ/John Galgano. This has lit the fire for the band to start pursuing more opportunities to play live while still continuing to work on material for the next CD. In October, they played a special headlining show at Rascal’s in Allentown, PA, where they played a set of their own material followed by a special presentation of Marillion’s Misplaced Childhood album.

Pinnacle is featured in the Autumn, 2013 issue of Progression Magazine.

The Twenty Committee first assembled in January 2012 to work on material previously written by Geoffrey Langley. By combining the diverse musical insights of Stephen Kostas, Joe Henderson, and the brothers Justin and Richmond Carlton, the band began collaborating on more original material and playing shows in the greater Philadelphia area, building a catalogue and a reputation.

In April of 2012, the veteran prog artist Neal Morse (Spock’s Beard, Transatlantic, Neal Morse band) launched the “Chance of a Lifetime” series of videos on YouTube, looking for unknown talent to audition for his touring band. Geoff made the trip down to Nashville to meet Neal and had the opportunity to perform some original material for him – material in which Neal expressed particular interest. By the time July arrived, the band had already booked both Radiant Studios and hired Jerry Guidroz (Flying Colors, Transatlantic, Neal Morse) as their producer.

Recorded roughly over the space of two weeks, the band’s debut album, “A Lifeblood Psalm” was released 1 April 2013 to excellent reviews from the prog community.

The Committee is now in session.