This is a NJProghouse Fan Appreciation Event

Pay what you want, $20 “pass the hat” suggested donation (cash only during the show) 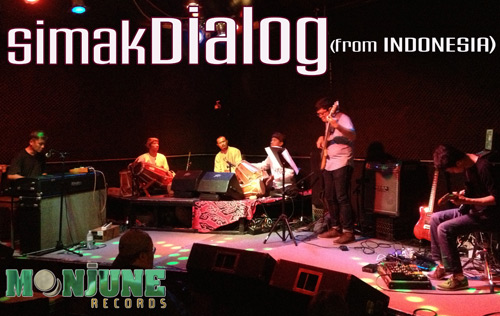 Keyboardist/composer Riza Arshad and guitarist Tohpati formed simakDialog in 1993. Living in the Indonesian capital of Jakarta, the band couldn’t avoid being influenced by the proud musical heritage of one of the culturally richest and most artistically-diversified countries in the world.

Augmenting a “default” musical platform constructed upon the complexities of their native cultural music strains, simakDialog has forged a unique, synergistic sonic amalgam which builds on these historic traditions, while exploring a host of other enticing avenues and embracing some of the more eclectic facets of the progressive / world music continuum. The result is an exotic, alluring musical identity that is of supreme quality and is uniquely their own.

Late last year, simakDialog celebrated their twentieth year as a unit by releasing their long-awaited follow-up to 2009’s critically-acclaimed album, “Demi Masa” — their most adventurous, ambitious, far-reaching release to date: the much-heralded and unanimously-praised, “The 6th Story.” After a successful tour of the US in support of their monumental effort, the band is poised to return to the road: embarking on a tour of China in September, then returning back to the United States in November 2014, which should coincide with the MoonJune Records’ release of a special live double album of the band, scheduled for late fall. The album (untitled, at present) will be simakDialog’s fourth for MoonJune Records. (Their international debut for MJR, the magnificent, very well-received “Patahan,” preceded the aforementioned “Demi Masa.” It provided the group with due recognition on the world stage, in 2006, as well as targeting some long-overdue attention to a region bursting with yet-to-be-discovered talent and enormous potential.) 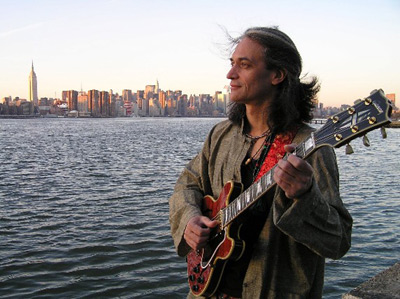 New York guitarist, pianist, and composer, Beledo was born in Montevideo Uruguay. He began formal music and piano study at age six. As the British Invasion began to take hold of airwaves around the world, influenced by the Beatles and other emerging pop rock bands, he gravitated towards and discovered a natural proficiency for guitar.

Beledo gained guitar-hero status in his teens, playing every theatre in his hometown of Montevideo, and captivating audiences in Uruguay and Argentina.

After a brief tenure with Uruguayan rock and blues super-group, Dias de Blues, Beledo pioneered the jazz-rock band, Maytreya, and later on, the mythical Siddhartha, inspired by the burgeoning jazz-fusion movement (Chick Corea, Weather Report, Soft Machine & etc.). His fusion efforts of the early 80’s in South America, during which he appeared at top venues and recorded with Pedro Aznar (formerly with Pat Metheny Group), Ruben Rada, and the legendary band, Opa, attracted media attention in the U.S., where he gained recognition as an upcoming talent in GUITAR PLAYER and JAZZIZ magazines.

Formal music studies continued throughout his college career. He performed classical music recitals on National Public Radio and in numerous theaters. While attending the University School of Music in Uruguay, he was a founding member of The University Conservatory Jazz Quartet, the university’s first jazz ensemble, sponsored by the school in an effort to integrate jazz into the traditional curriculum.

In 1996 Beledo toured Europe and the Caribbean with the TROPICAL TRIBUTE TO THE BEATLES, featuring Tito Puente, Celia Cruz, Tito Nieves, Cheo Feliciano, and an all-star line up of Latin artists.

Beledo’s latest project, ON A MISSION, with his band, The Avengers, won critical acclaim on tour in South America through Argentina, Brazil and Uruguay, gaining excellent reviews and strong CD sales in Japan, the U.K., France, Germany, Poland, Hungary, Australia and more. The Avengers are Beledo on guitar, Adam Holzman on keyboards, Lincoln Goines on bass, and Kim Plainfield on drums. The band toured Brazil, Argentina and Uruguay and played in Racife Porto Alegre, Montevideo Jazz Festival, Buenos Aires Jazz Festival, Cordoba Jazz Festival, Neuquén. They finished with an unforgettable concert at the Teatro Lavalleja in Minas, Uruguay, Beledo’s hometown.

Versed in classical theory, composition and technique, adept in the traditional styles of his birthplace, drawing inspiration from vast and diverse modern musical forms, Beledo has earned his place among the most sophisticated, versatile, and gifted artists of our time.