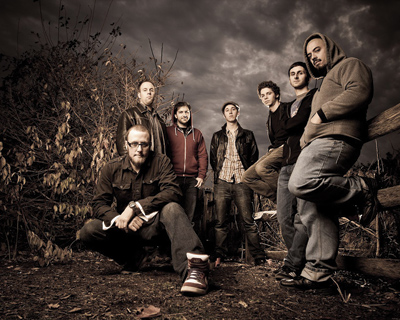 Strange sounds brew in strange places, and Thank You Scientist is no exception.
With “more hooks than old tackle box, and more time changes than a broken pocket watch,” the band belies their humble suburban New Jersey roots with a sound that is undeniably unique. Boasting a seven piece band (collectively playing roughly twenty instruments) and a hyper-composed sound much indebted to the band members’ experience and formal training in both classical and jazz idioms, Thank You Scientist has been mesmerizing live audiences since their inception in 2010.

Dubbed “The Top Unsigned Act in the Tri-State Area” shortly after the release of their debut EP, “The Perils of Time Travel,” the band hasn’t slowed down a bit. On June 8th 2012, the band releases their first full length record,“Maps of Non-Existent Places,” an album funded by fans from all over the world via a highly successful kickstarter campaign. The album is a stunning collage of influences. Progressive rock, jazz,fusion, classical, metal, psychedelic, 60s Pop and world music all seem to collide together at full speed, and the impact demands your attention. A Frank Zappa for the indie generation? Incubus jamming with the Mahavishnu Orchestra?  Mr. Bungle and Steely Dan joining forces to fight Godzilla? King Crimson and the Brecker Brothers serenading you at your bedside? It all seems so strange on paper, yet it’s sure to satisfy your ears in the best of ways. 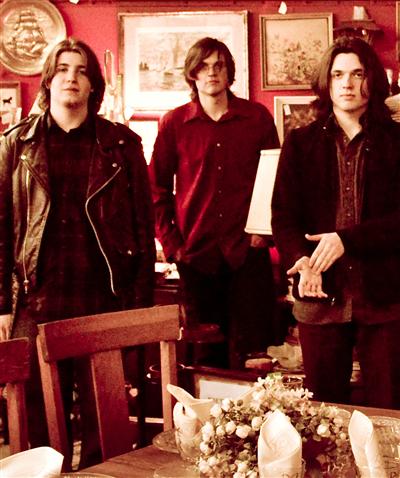 The Tea Club is an independent rock band from New Jersey. They are known for writing songs of an epic nature, comparative to the early progressive rock bands of the 1960’s and 70’s. They also incorporate elements of post-rock, alternative rock, and space rock. A major part of the band’s signature sound are the dual vocals and harmonies of Patrick and Dan McGowan, as well as their usage of unique guitar chords and chord patterns, often times played in alternate tunings. Patrick and Dan also draw nearly all of the band’s album and promotional artwork. The band currently consists of Patrick McGowan, Dan McGowan, and drummer Joe Rizzolo.

The Tea Club was formed in 2003. Between the inception and Fall 2006, they independently recorded four EP’s, one of which attracted the attention of producer/ engineer Tim Gilles (Thursday and Taking Back Sunday). Tim produced, recorded and mixed their first full length album entitled “General Winter’s Secret Museum”, which was released in July 2008.

After briefly touring General Winter’s Secret Museum along the East Coast, The Tea Club returned to Big Blue Meenie Studios to record their second album in the Fall of 2009. The album was again produced by Tim Gilles, and featured guest keyboardist Tom Brislin (Spiraling, Yes, Renaissance).

The Tea Club released their second album, “Rabbit”, on October 9th 2010. They spent the rest of 2010 and the majority of 2011 playing many shows along the East Coast, including ProgDay, the world’s longest running progressive music festival. Reviews and articles about the band were featured in publications such as Metro Philly, Indie Music Reviewer, Origivation, and JUMP. They ended the year 2011 by playing an acoustic show opening for Jimmy Gnecco of the band Ours at the North Star Bar in Philadelphia.

In early 2012, The Tea Club once again returned to Big Blue Meenie Studios to record their third album with producer Tim Gilles. Following the recording sessions, The Tea Club were asked to open for the Swedish progressive rock band Beardfish for their mini-tour of the United States in May 2012.