Longtime NJProghouse Staph members “Karl, Bill, & Greg”  collectively known as Pinnacle are funding the final production of their fourth album “To: Whoever You Are Now” 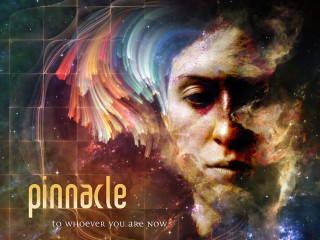 To: Whoever You Are Now

We’re an independent progressive rock band from Pennsylvania/New Jersey. We’ve been working together continuously since 2003 and have released three albums in that time. We’re making this music simply because we love it, and we have no illusions of rock super-stardom. We simply want to share our creation with like-minded music fans.

We’re all genuinely of the opinion that this is the best work we’ve done so far. It’s the first album we’ve written and arranged as a four-piece band since we were a trio through most of the creation of the previous album and only brought Matt Francisco into the fold toward the end of the process. We decided to stay away from the epic-length pieces that have been on the previous two albums and focus on shorter, more focused songs that still hold onto the best progressive rock traditions. (Note that the term “shorter” is relative. 4 of the 10 songs are in the eight-minute range.)

On offer, in exchange for your contribution, are a variety of perks ranging from digital downloads of the new album to in-person and internet-based lessons on how to play a Pinnacle song of your choosing to private performances and even a nearly one-of-a-kind guitar. Your contribution to this project will make it possible for us to give the album the release, support, and promotion that we feel it deserves. Soon we will have the live show polished and ready to take on the road and hope to meet our contributors and thank you all in person.

Head on over here: https://www.indiegogo.com/projects/to-whoever-you-are-now and support this fantastic project